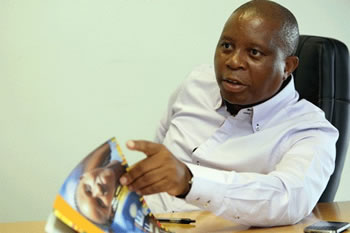 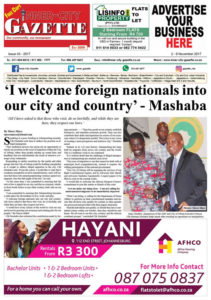 Johannesburg Mayor Herman Mashaba and the African Diaspora Forum (ADF) have reached a settlement‚ after the ADF laid a complaint at the South African Human Rights Commission earlier this year.

The ADF alleged that Mashaba had made comments that were xenophobic and had the propensity to fuel xenophobic attacks‚ which included that foreign nationals were responsible for criminality in Johannesburg.

The settlement has been described as “historic“.

One of the terms of the settlement is that the ADF will be joining the City of Joburg’s planned court application against the department of Home Affairs‚ as a friend of the court.

Marc Gbaffou ‚ chairperson of the ADF‚ said that this is “an historic moment for the migrants‚ who have been living in fear because of some statements“. He added that they had discussed Mashaba’s comments in the mediation process. 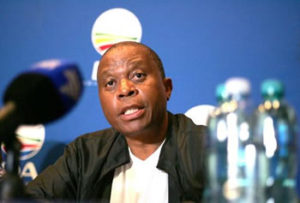 Johannesburg – Joburg mayor Herman Mashaba has maintained that migrants should remain under scrutiny despite the xenophobic allegations levelled against him.

“Let me make one thing clear; I am not calling for undocumented migrants to be immediately deported,” Mashaba told members of the media on Tuesday.

“What I’m doing is calling for the Department of Home Affairs to perform on their constitutional mandate to ensure that all those who qualify for asylum are processed and provided with their papers. Should individuals not qualify, or should they have committed crimes within our borders, then they should be sent home.”

The media briefing was hosted by the South African Human Rights Commission to publicise the signing of a settlement agreement between Mashaba and the African Diaspora Forum.