ADF Statement on the Developments in Zimbabwe 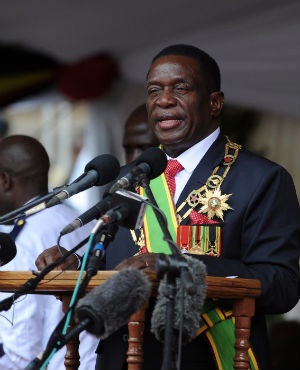 The African Diaspora Forum (ADF) would like to congratulate the zimbabwean political leadership and President Emmerson Mnangagwa, the ruling Zanu (PF), Zimbabwean opposition parties and the people of Zimbabwe at large for their peaceful transition from President Robert Mugabe’s rule to a new order.

It has become rare for African countries to peacefully transit from one dispensation to the next, especially when the army has been involved. We salute the Zimbabwean Defense Force (ZDF) to have managed to ensure the power handover without any bloodshed and or loss of life, this shows the professional conduct that has been entrenched in their ranks and file. We applaud the ZDF’s act of allowing democratic marches on the streets in Zimbabwe during the process.

For at least a week during the transition, the ZDF showed that it is an army for the people.

We applaud the ruling Zanu-PF and opposition parties for acting in one voice to ensure that the will of the people finally prevailed and in the end, and President Mugabe left peacefully without any upheavals and violent clashes.

For the people of Zimbabwe, wild celebrations of Mugabe’s resignations were seen and felt all over the world and it really showed how suppressed they were under their former ruler. We however, applaud the manner in which the celebrations were carried out – with no incidents and with utmost respect for other people and property. It is very rare to see such scenes of jubilation go in such a peaceful manner.

With the new government sworn in, we salute and applaud the new President for not embarking on a witch-hunt with the former President Robert Mugabe. President Mnangagwa embraced and acknowledged the contribution of his predecessor. This is very important for the continuation of a nation building.

We now hope the Zimbabwean military will be allowed to withdraw and return to the barracks, while continuing to safeguard the interest of the people of Zimbabwe ahead of those of individuals and certain institutions.

Our wish is that the new President Emmerson Mnangagwa, while insuring the interim, continues to build on the newfound unity and jubilation that swept through all parts of the world where there are Zimbabweans, maintain the new culture of respecting human rights, work with opposition parties, civil society and all stakeholders to reform certain laws that are inimical to democracy and development as Zimbabweans work towards rediscovering the path to economic prosperity.

We are calling upon the economic community, the African continent and the rest of the world to come in and help rebuild one of our nations, Zimbabwe. The horizon is full of hope. Let’s make the dream of millions of Zimbabweans a reality. Zimbabwe shall rediscover its glory.