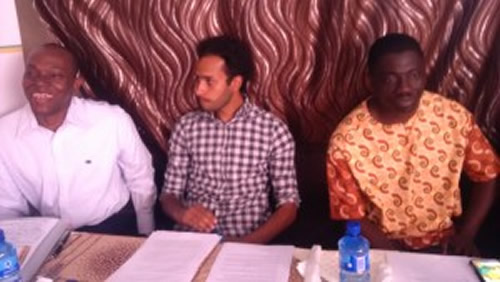 Dear Mr Savious Kwinika, the African Diaspora Forum (ADF) has read your article dated 26th December 2017 and entitled “West Africa: Morocco Desperate to Salvage Contentious ECOWAS Bid.”, that was published online and also reprinted in national newspapers including the Star Newspaper in South Africa. We read your article with great disappointment, as we do not believe the article accurately and honestly depicts nor represents what happened in the roundtable it claims to describe. The roundtable, organised in Mayfair on the 26th of December 2017, was called by the African Diaspora Forum (ADF) in partnership with the Moroccan Association of South Africa (MASA). This roundtable is part of a series of events that the ADF is running to help its members understand meaningful events shaping our continent, and giving a platform for various African countries to expose and present their policies and politics to a Pan-African audience.

As panelists, the ADF and the MASA jointly invited Mr Koffi Kouakou, a consultant and a former lecturer at Wits School of Governance at Wits University; Othman Mouane a PhD student at Wits University; Mr Salman Khan, President of South African Foreigner Trade Union; Marc Gbaffou, Chairperson of the African Diaspora Forum (ADF) and Mr Ahmed Habiballah Chairman of MASA. We also invited the Moroccan Embassy in South Africa, as an observer to attend the roundtable. Initially, the Embassy didn’t want to be part of the event, which was a civil society initiative, but we insisted given the fact that some members wanted clarity from an official perspective, on some of the aspects of the discussion.

The audience, consisted of African community leaders, academics, activists, unionists, … and journalists. This mixed audience came to learn about Morocco and its recent return to the African Union (AU) after 33 years of absence, as well as its process of integrating the Economic Community of West African States (ECOWAS). It was a very productive and informative meeting about the key roles that Morocco is playing and intends to play in Africa in the 21st century, the model it sets up in terms of integrating African migrants, but also about providing more nuanced and complex historical insights into the burning issue of the Western Saharan conflict that has been limiting the Moroccan role in Africa for decades. The discussion was lively, people were not shy to ask difficult questions to the panelists, organisers and Embassy representative, and the conversation was deep, constructive and insightful.

It is unfortunate that your article failed to talk about all the positive aspects of the roundtable, choosing instead to give a sensationalist heading to attract attention. This heading has little to do with the intention, content and effect of the roundtable on its participants. Whilst it is the role of journalists to be critical and read between the lines, the actual content of the article does not offer any evidence to back the sensationalist heading chosen.

We would like to use this opportunity to inform the African continent and the rest of the world that as the African Diaspora Forum (ADF), we are impressed to see that countries like Morocco are taking the plight of Africans seriously: investing in other African countries, offering numerous bursaries to African students of all languages and origins to study in Morocco, facilitating the integration of African migrants who arrive and settle in Morocco. Sub-Saharan Africans still have a lot to learn about this fellow African country. We are inviting anyone interested in the real content of the discussion to read the full report on our website (www.adf.org.za)