ADF STATEMENT ON THE MURDER OF CLEMENT EBUKA NWAOGU 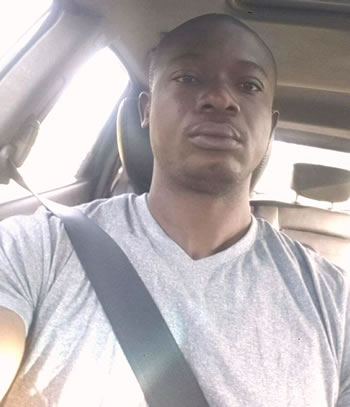 The African Diaspora Forum (ADF) is appalled by the latest killing of yet another migrant – Clement Ebuka Nwaogu, who was murdered in brutal circumstances in Rustenburg on April 22, 2018

Mr. Nwaogu, a Nigerian national and furniture designer, was killed in barbaric circumstances – burnt to death by a mob, in apartheid-era methods that used to attract international condemnation.
Information made available to the ADF is that Mr. Nwaogu was approached by a mob of South African nationals, who easily identified him as a Nigerian and asked him, “Where are the drugs?” This was obviously drawn from stereotypes – some propagated by top government officials, that all Nigerians are in the business of peddling drugs.

When he told them that he was just a furniture shop owner, the mob descended on him like a common criminal, attacking him with any dangerous weapon they could lay their hands on before the watching of some members of the South African Police Service. His cries to the police to save him fell on deaf ears, as the law-enforcement agents allegedly turned a blind eye, according to the onlookers.

The helpless man tried to run for his life, but his attackers chased him as if he was a scoundrel and they caught him again, they stoned him, stabbed him with sharp objects as if he was some of haunted beast.

Obviously not content with the pain they had already inflicted on a fellow human being, the attackers poured gasoline on him, set him ablaze and left him for dead. Some eye-witnesses called an ambulance, which took him to hospital, but he unfortunately did not make it, as he died on Sunday morning at Job Shimankane Hospital in Rustenburg.

The deceased left behind his wife, Patricia Marivate Nwosu and his two children aged three and five years old. That this fatal savage attack came in the hands of people who were ostensibly demonstrating against alleged corruption by a top government official can only serve to prove the simmering hate that some South Africans still harbour against migrants, who have nothing to do with iniquities of the problems being caused by politicians and public servants.

What appalls us more is that it has become a growing trend in South Africa that when citizens decide to protest, they turn on innocent migrants as their soft targets to vent their anger and frustrations.

For how long should fellow human beings continue to die – being clubbed or roasted to death, before the South African government heed calls for xenophobia to be declared a crime and deterrent punishment prescribed for it?

Rustenburg has apparently become a killing zone against migrants, with many of them having lost their lives there during the last few months.

Although its constitution says that South Africa belongs to all who live in it, migrants continue to be killed like beasts in this country, yet nothing is being done on the criminals who perform these dastardly acts.

From PhD students to shop owners, the killers have no remorse. Each time authorities announce in the media – and loudly so, that investigations are underway, but sadly no-one does a follow-up, or gives the findings of the ultimate outcome. Our findings are that most investigations linked to the killing of migrants are hardly ever concluded to reveal the true reasons.

Most of the times, high ranked authorities – including Ministers, rush to the scene just to help divert attention or hide investigations. It looks like migrants lives no longer have a meaning in South Africa.

Paradoxically, South African government officials keep singing to the international community a deceptive song about its willingness to ensure the integration of Africans and the continent, yet the situation on the ground paints a different picture of a serious lackadaisical failure.