‘Hands off our African brothers and sisters’: Foundation for Human Rights 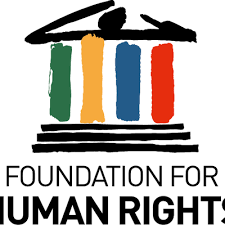 Collective amnesia as articulated by Eduardo Hughes Galeano allows short memory of past events, so as to perpetrate negative notions of existence of certain phenomenon. In the past few days in Durban, Foundation for Human Rights (FHR) has observed current media reports and anecdotal information on alleged attacks towards migrants and refugees.
In 2017 FHR facilitated a media briefing where well known social justice activists, academics and progressive unionist unanimously echoed these words – ‘hands off our brothers and sisters’. The words were captured by media in an article that appeared following days, when refugees and migrants were being attacked, as per the photo below in some towns and cities of South Africa (SA).

Collective amnesia, allows a sustained narrative that overlooks fact that South Africa continues to be

sustained through labour, resources and sweat of migratory patterns at many levels (in ward and outward migration). Not long, before 1994 – freedom fighters/activists against the evils of apartheid were in most African countries for asylum. Most big cities such as Johannesburg, Pretoria, Phalaborwa, Witbank, Kimberly have mushroomed in the 1800s as a result of re- discovery of minerals such as golds, diamonds, coal and steel.

The root causes/drivers of violence against migrants are diverse, ranging from internal group dynamics, syndicates and broadly South Africans who think that migrants are a threat to survival/economy. Whatever social drivers that motivates for the looting, killing and broad violence, it is inhuman, UN-African and takes away the ubuntu spirit that has sustained Africans and first nations intergenerational. The main reason South African has the brand of having the best constitution in the world is because it reminds all human existence that ‘I am, because you are’. As

We go on press, FHR is about to launch a collection of over 38 dialogues on Innovative Strategies to combat xenophobia in South Africa.