ADF Statement on the Situation in Zimbabwe 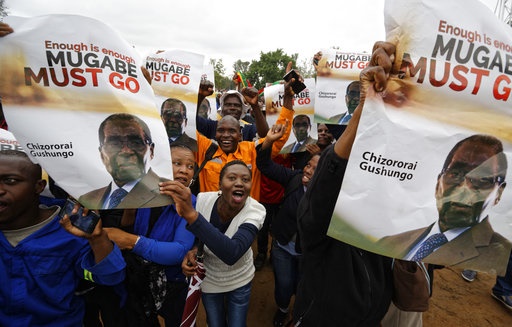 The African Diaspora Forum (ADF) would like to congratulate the Zimbabwe Defence Forces (ZDF) for their timely intervention in trying to resolve the long-standing Zimbabwean political crisis, which has cascaded to the economy and social being of that country.

While we do not condone the involvement of the military in national politics, we do understand that the Zimbabwean situation had reached damaging levels and would not have been resolved had the military not acted, as President Robert Mugabe’s government had relied on force and use of the security sector to thwart all forms of decent and pursuit for freedom by the people, leaving them with no democratic space to exercise their freedoms of expression, association and political choice, among others.

We also applaud the professional manner in which the ZDF has acted since Wednesday, noting that there has been very minimal, if any, loss of life or damage of property, while President Mugabe has also been treated with utmost respect since the intervention and during the negotiations.

The jubilation that has followed from members of the Zimbabwean community all over the world shows that the military’s action is highly viewed to be in the interests of the general population, hence the ADF’s standing on the side of Zimbabweans at this beginning of a new era.

We also hope that the SADC, AU and UN and the international community will stand by – and not interfere with, the people of Zimbabwe as they write a new chapter in their history. Where intervention happens, we hope that it would be on putting pressure on President Mugabe to lose power before the crisis escalates to a violent conflict that may result in loss of life and further destruction of the economy and property.

We know that there is still a long way to go, but we would like to sincerely request that the ZDF, political parties and the general populace of Zimbabwe put national interest and the will of the people at heart as they chart the way forward for that beautiful country.

Going forward, we hope that when the impasse is finally broken, the ZDF will return to the barracks and allow a wholly democratic process to allow Southern Africa’s former bread basket to rediscover itself and return to its glory days.

We appeal to the incoming interim Zimbabwean leaders to involve the people, civic groups, the opposition, religious groups, traditional leaders and all other stakeholders in returning Zimbabwe to democratic, civilian rule that will attract investment and allow for a swift return of that country’s exiles to rebuild their country.