MAMA WINNIE MADIZIKIZELA MANDELA. THE MOTHER OF THE NATION 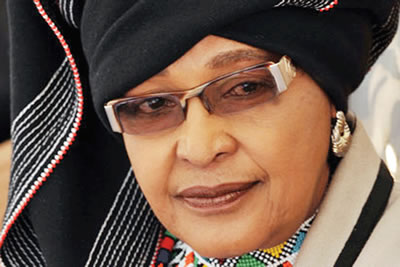 Re: The African Diaspora Forum (ADF) joins the nation and the World in mourning the passing of Mama Winnie Madizikizela Mandela. The Mother of the Nation

We would like to honour the Mother of the Nation’s selfless and gallant contribution to the liberation of South Africa from the clutches and brutali of the apartheid system. Her bravery, leadership qualities and organizational skills all helped deliver South Africa’s independence from the racial apartheid regime in 1994.

Mama Winnie is the epitome of a brave African woman, especially when considering how she soldiered on – giving unending organizational, mobilize skills and political support to the ANC when it was still banned. She showed exceptional leadership to the African National Congress during the trying times when her husband, the iconic Nelson Mandela was incarcerated for a grueling 27 years.

It was during the liberation struggle when Mama Winnie etched her name into the echelons of South Africa’s liberation struggle which brought the fruits of today’s independence. But it did not end there. Even in the United South Africa, her works in organizing the ANC and giving guidance to other politicians, young and old, contributed to the success that the organization has continued to enjoy. Her role in post Apartheid South Africa as a Minister and adviser to other Ministers, helped keep South Africa on the road to political, social and economic health.

The African Diaspora Forum (ADF) and indeed the whole migrant community feels the pain of losing this iconic African woman, whose quest for love, peace and unity was not confined to South Africans only, but spread to other nationals in this country and beyond its shores.

We remember in 2008, in the aftermath of arguably the worst xenophobic violence to have ever hit this country, Mama Winnie took the time to publicly and humbly apologise to the migrants’ community in South Africa for the loss of lives, destruction of property and the overall trauma that they had gone through. She also appealed to South African citizens and the international migrants to find ways of co-exist in the spirit of One Africa, cementing her status as a true Mother of The Nation.

We are mourning with you in this dark hour that has befallen the whole of Africa and we say, Lala Ngokuthula mama wethu. You fought a good fight and we shall always remember you and your love, which transcended borders and reached all corners of this great continent.

To all South Africans and Africans we say Alwehlanga Lungehlanga. Your loss is shared by us all.