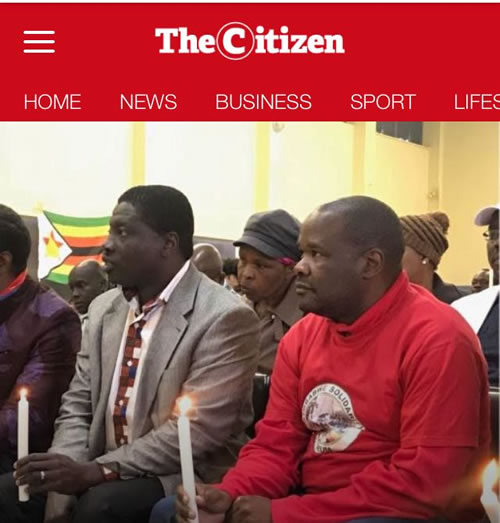 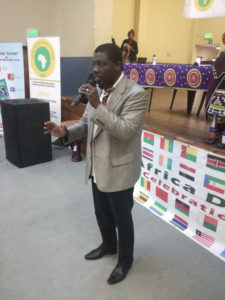 It has been 10 years since the most terrifying and significant wave of shocking xenophobic attacks challenged South Africa’s national conscience but what is unfortunate and worrying is that the molestation of those deemed as foreigners continues unabated to this day.

In 2008, South Africa witnessed one of the worst, terrifying episodes of xenophobia where over 60 migrants were killed, thousands displaced and property worth millions of rand were destroyed after locals turned on foreigners accusing them of taking up their space in Africa’s second largest economy.

The xenophobic attacks drew international condemnation where the South African government was urged to act against the brutality but it is unfortunate that today, xenophobia has continued putting migrants’ businesses and livelihoods in danger.

To honour xenophobia victims and plead for an end to it, the African Diaspora Forum (ADF), a group that aims to serve migrants in South Africa, held commemorations last Friday to mark 10 years since the xenophobic violence in Yeoville, Johannesburg.

This year’s commemoration is significant in that it comes just three years after the outbreak of yet another episode of anti-foreigner violence that killed at least six people in KwaZulu-Natal Province, and in the midst of widespread fears that similar attacks could be imminent in the KwaZulu-Natal Province, where foreign businesses have been ordered to close shop, pack and go or face a backlash from a local business organisation.

ADF chairman, Marc Gbaffou, said it was important to observe the day and remember those who lost their lives because of their nationalities. He lamented that it was sad that each time there was a protest or any frustration against poor service delivery South African communities took out their anger on foreigners. “Migrants pay the price and that is worrying,” Gbaffou said.

The chair noted that South Africa had to show humanity and not send high-powered delegations to solicit for investment from other countries. “South Africa has to show humanity and protect migrants. South Africa needs to show sympathy then investors will come. We already forgot about apartheid but be careful, this is the same apartheid applied among blacks. We can’t live forever saying because of his colour or nationality he’s the boss but that is what is happening with migrants who are being killed here,” he said.

Gbaffou posed a question to the South African government, asking what it has done to safeguard migrants. “We ask what are you doing to correct this situation, we want to know what the government is doing to protect migrants. We can’t desist to tell the South African government that it has to act. We should live by example. Look at the icons, Nelson Mandela, Patrice Lumumba and Julius Nyerere who cared for human folk.”

The ADF chair also lambasted South Africa and regional blocs for pushing business interests at the expense of humanity.

“South Africa opens itself because it wants to do business with the other 53 countries but let us change that we must talk about protection before we talk about business. Sadc as a structure must talk about human welfare but it is concerned with business yet human beings are more important. In the same manner, the African Union must also concern itself with human safety,” he said.

Gbffou said the ADF was calling on the South African government to have an urgent summit about migration and migrants to set the tone, discussing a possible end to xenophobia. “South Africa is becoming scary. We are scared look at the recent incidents in North West, KwaZulu-Natal, Gauteng (migrants were recently threatened to pack their belongings). “It is very important for us to talk about this because everyday migrants are losing their lives. This can’t be correct. Integration is so important to us,” highlighted the ADF chair.

Chairperson of the Zimbabwe community, Ngqabutho Nicholas Mabhena said it was important for Africans to come together, understand social cohesion because it sought to build unity and humanity. Mabhena noted that migrants were in search of better opportunities and most fled their home countries due to a myriad of problems ranging from economic, political woes; others were refugees and did not need to be persecuted further. “We should all learn to live with each other and in the words of Kwame Nkrumah: ‘I am not African because I was born in Africa but because Africa was born in me.’”

Yeoville councillor, Refielwe Mazibuko who also spoke at the commemorations said refusal to acknowledge fellow Africans stung such as the battle where white people refused to recognise nor respect blacks. Clr Mazibuko said people should co-exist with each other and share resources well.

“At the moment South Africa is now talking about land, yes, we want our land back from white capitalists and that is a big issue because it is just and right for people to have access to resources,” she said.

The xenophobia commemorations were attended by partners of ADF, migrant communities and locals.ADF will also use the commemoration to roll out its full Africa Week programme — ahead of Africa Day on 25 March — meant to foster the spirit of national healing and co-existence.