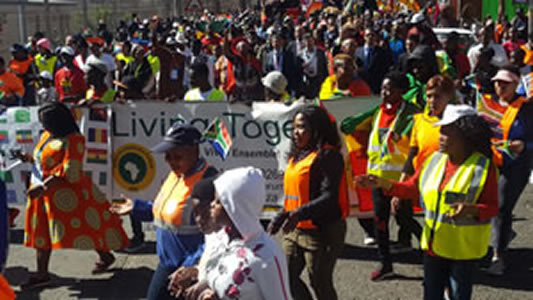 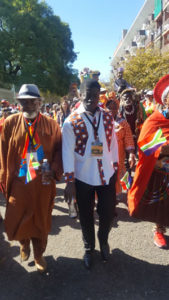 A better Africa for a best world

In his welcome address, the ADF Chairperson, Marc Gbaffou emphasizes on the fact that the historical role played by the Premier of Gauteng, Honourable David Makhura in the Gauteng Provincial Government is unique and shall be spread across the continent. According to Marc Gbaffou, this year commemoration is a “historical coincidence”. In fact, the “ADF has been fighting for 10 years to make sure things happen on behalf of migrants and the diaspora community in South Africa. Now, the country of Nelson Mandela and Cyril Ramaphoza is taking very prominent roles in international bodies. That is what makes this a special and important time. For the ADF Chairperson, “this year celebration is very important as it is dedicated to our hero, our world icon, Nelson Mandela: “the year of Nelson Mandela, building a better Africa and a better world”.   The Kingdom of Morocco presence on the African scene A view shared by the Moroccan Embassy in South Africa Charge d’Affaires, Mr Abdelkader Naji, “as we celebrate Africa Day we must remember our forefathers who lead the fight of the liberation of the African nations from colonialism and then, worked to reunite it on the regional 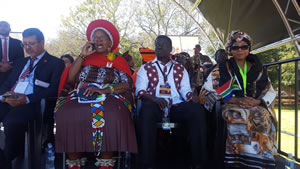 or continental level’’. Thus, “we recalled King Mohammed V, Hassan II, Kwame Nkrumah, Abdel Nasser and others…” As we ought to our forefathers the creation of the framework that united the African countries aiming: to liberate the continent from colonialism. Elimination of economic underdevelopment. Consolidation of African solidarity. To elevates the continent to the status it deserves in international decision-making. Then this institution was reformed and named the African Union with new objectives and principles aiming to strengthen the democratic institutions; to respect the human rights and to combat terrorism as one of the universally accepted principles. According to the Kingdom of Morocco representative in South Africa, “these objectives are noble and great aimed at serving the African citizen, but the challenges seem to be greater than to be achieved in a situation that suffers from the fragility of the economy and the consequences of climate change and wars, which lead to racism, illegal migration and terrorism, xenophobia etc”. One must know that the Kingdom of Morocco under the leadership of His Majesty King Mohamed VI, by virtue of its African identity and its African depth, has always been and shall continue to be present on the African scene, economically, politically, generally when the Kingdom is needed. In all situations, Morocco stands beside his African brothers. Hereby we remember Nelson Mandela, António Agostinho Neto, Ahmed Benbella and others who were hosted, trained and supported by the kingdom of Morocco in their fight against colonialism and apartheid.