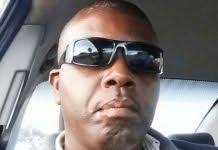 He was a member of the Rwanda National Congress and national organiser in South Africa.

It’s alleged that the businessman, who sold beds, was called for a delivery in Nyanga on Sunday and when he arrived, a gunman fired a shot through his window.

The BBC is reporting that it had talked to the Rwanda National Congress and the party’s spokesperson Ettiene Mutabazi says that he was shocked.

Mutabazi said that it was too early to speculate why Bamporiki was shot and by whom.

A supposed customer that led him to Nyanga township for a delivery had left him for 15 minutes when he was shot and killed.

His belongings, including cellphones, were taken.

South Africa and Rwanda recently restored full diplomatic relations after the attempted assassination of former Rwandan army chief Kayumba Nyamwasa, who was accused by his country’s government of using South Africa as his base for subversive activities.