“Most of our members are at Nkandla”: MK veterans say they’re not behind Sunday’s attacks on immigrants 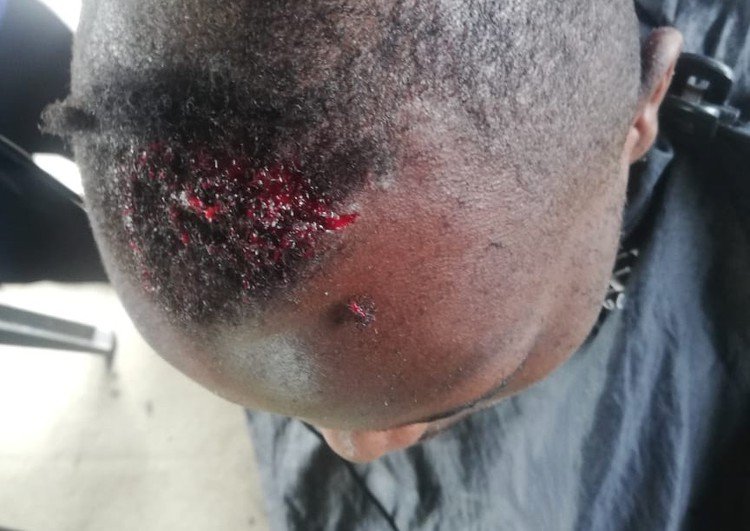 The uMkhonto Wesizwe Military Veterans (MKMVA ) has distanced itself from attacks on immigrant traders on Sunday in Durban, in which two people were killed and several injured, according to witnesses.

Police have not confirmed the deaths but traders GroundUp spoke to, some of whom did not want to be named, said two people had been beaten to death.

According to Clarice Asobwe Ngena, from the Democratic Republic of Congo, the hawkers were trading at the Sunday flea market in Soldiers Way as usual, when they saw a group of angry men and women coming towards them. The group were not in uniform.

“We thought they had come to ask for money as they did before. On 11 December last year, MK Vets came and attacked us, asking each trader to name different parts of the body in IsiZulu. That is how they were able to identify us,” said Ngena.

She said their attackers had looted their stuff. “We managed to open a case against them at Durban Central Police. This allowed us to trade two more weeks after with no aggression, since police came for our protection. When police stopped coming, on 7 February, they came again but they were not violent, they asked us to pay R20 each on the spot and we did,” Ngena said.

On Sunday 28 February, they saw the group coming with sticks. “Two people were beaten to death, others were injured as we all fled to save our lives. I was one of the people injured in the attack,” she said. She said she was beaten on the head with fists.

Ngena has been selling secondhand clothes at the market since 2011. “What is happening is not right. We cannot work now because we are living in fear of being attacked. How will we survive, we have families and all our stuff was looted,” she said.

She said the traders, who pay the City of eThekwini for permits to trade, want the City to take action and to protect them from further attacks.

MKMVA KwaZulu-Natal convener Zibuse Cele said he had heard about the incident but denied that it was MKMVA members who attacked the traders. “We are distancing ourselves from this attack. Most of our members are at Nkandla at the moment, and those who are not there are either at work or at home. So, I can say for sure that it was not our members,” said Cele.

The Africa Solidarity Network (ASONET) and Centre for Civil Society have condemned the attack and blamed the provincial government and eThekwini Municipality for failing to control the situation.

City spokesperson Msawakhe Mayisela said they were not aware of the matter. But, he said, ”eThekwini belongs to everyone that lives in it. This includes foreign nationals. The City condemns any killing and intimidation of foreign nationals with the contempt it deserves. We plead with law enforcement to investigate these crimes and bring those responsible to book.”

SAPS KwaZulu-Natal spokesperson Captain Nqobile Gwala said police were investigating a case of theft and intimidation but could not confirm the deaths.