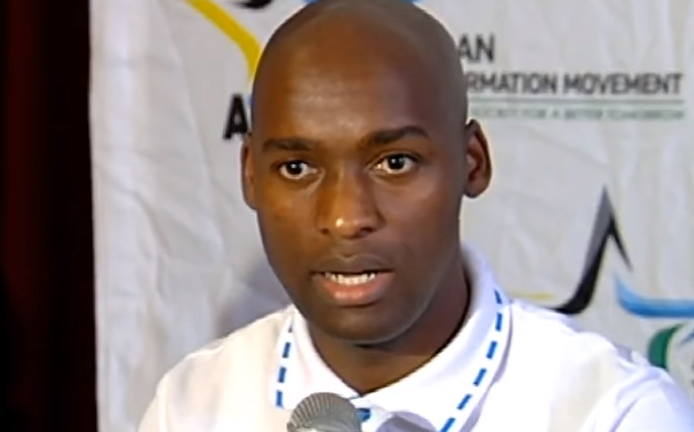 In response to the president’s state of the nation address, a member of parliament questioned why most of South Africa’s informal economy is “in the hands of non-citizens”. But the evidence does not back up his claim.

The debate on South African president Cyril Ramaphosa’s state of the nation address covered many topics, ranging from gender-based violence to education. It was held in parliament on 16 February 2021.

Vuyolwethu Zungula, president of the African Transformation Movement, focused on the country’s informal economy. This refers to businesses that are not registered in any way. According to Statistics South Africa, they are “generally small in nature” and usually “run from homes, street pavements and other informal arrangements”.

“It can’t be that more than 70% of the most basic level of the economy is in the hands of non-citizens,” he said. “Prioritising citizens in the informal economy and jobs is long overdue.”

How accurate was Zungula’s claim? We checked.

Zungula provided Africa Check with a number of documents in support of his claim. However, only one included a mention of 70%. This was a report on an interview, aired on talk radio station 702, with GG Alcock, an entrepreneur and the author of KasiNomic Revolution: The Rise of African Informal Economies.

But the article stated that “foreigners … run about 70% of informal stores in South Africa” – not that they own or control 70% of the informal economy.

The origin of the statistic can be traced to a small survey conducted by Minanawe Marketing, published in Alcock’s book. It stated that 70% of informal retailers, which sold “fast moving consumer goods”, were owned by foreigners. These informal stores, known as spaza shops, sell essential household items. (Note: The study and its methodology was not published.)

Speaking to Africa Check, Alcock said there is a “perception by many people that all township or informal businesses are spaza shops”. But he said they only represented one part of the informal sector.

“Even within trade there is significant diversity beyond spazas,” she said.

Alcock told Africa Check that Zungula had previously contacted him about the informal economy, and shared an excerpt from his answers. In an email to Zungula in late January 2020, Alcock explained that “the Kasinomic economy is not dominated by immigrants or foreign nationals”.

“Although migrant workers are increasing in number they still constitute a small share of the labour force,” Zaheera Jinnah, a research associate at Wits University’s African Centre for Migration and Society (ACMS) in Johannesburg, told Africa Check.

She said that “data-light and emotion-heavy” comments were likely to “stoke fear and intolerance”.

According to the organisation’s latest analysis, 5.3% of the South African labour force was born outside the country. This was based on data from Stats SA’s 2017 quarterly labour force survey.

The centre’s analysis found that migrants were more likely to work in informal or precarious employment. Just over 27% of international migrants worked in the informal sector, compared to 15.7% of South Africans.

Based on the available data, there were around 540,000 migrants working in the informal sector. This represented 20% of the total informal sector’s 2.7 million people.

Jinnah said hiring practices could result in some sectors of the informal economy becoming predominantly immigrant-run in particular places, or at particular times.

The Gauteng City-Region Observatory, a partnership between the universities of Johannesburg and the Witwatersrand and the Gauteng provincial government, conducts a quality of life survey every two years.

The observatory provided its most recent data from 2017/18 to Africa Check. In total 24,889 adults from all of Gauteng’s 529 wards were surveyed.

The results showed that 19.7% of business owners, 21.5% of full-time employees and 14.4% of part-time employees in the informal sector migrated to South Africa from another country.

Dr Julia de Kadt, a senior researcher at the observatory, said it was important to note that the survey did not ask about citizenship status – only whether respondents were migrants.

“Some proportion of individuals who migrated to South Africa will have gone on to obtain South African citizenship,” De Kadt said. “Consequently, I imagine that if we were able to restrict our analyses to non-citizens only, the figures would be somewhat lower.”

Conclusion: No evidence for MP’s claim that more than 70% of informal economy foreign-owned

Vuyolwethu Zungula, president of South African political party the African Transformation Movement, claimed that “more than 70%” of South Africa’s informal economy is “in the hands of non-citizens”.

An analysis found that around 20% of people working in the informal economy in 2017 were born outside the country. In Gauteng 19.7% of business owners had migrated to South Africa from another country.

The available data does not support his claim. We rate it incorrect.