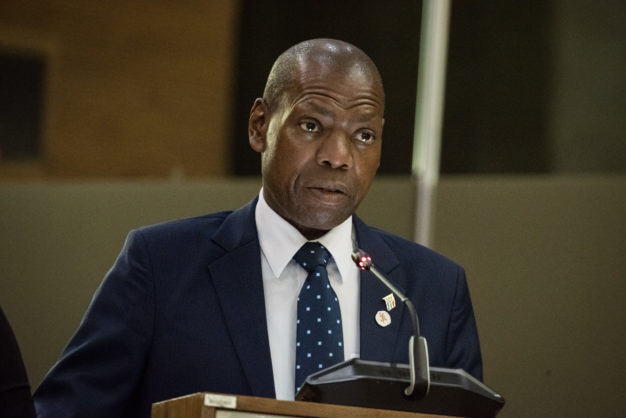 South Africa is expected to receive a tranche of 200,000 J&J doses on Saturday, Minister of Health Dr Zwelini Mkhize confirmed.

The Department of Health is working on a revised strategy of its Covid-19 vaccine rollout after government recently put pen to paper in securing doses from Johnson and Johnson (J&J) and Pfizer-BioNTech.

In a statement released late on Tuesday evening, Minister of Health Dr Zweli Mkhize that the department would draw on lessons from the inoculation of health care workers as it prepares for mass vaccinations across the country.

“Upon deeper inspection and reflection, the Department of Health has worked on a revised strategy to ensure that the vaccination campaign targets the most pressing public health and economic relief that vaccination should achieve.

“These revisions will require extensive yet urgent consultation to ensure that the final programme expresses the will of the people,” he said.

Mkhize said the department will announce the details of the revised vaccination programme once the ratification process was concluded.

He added that the department would announce which groups of people eligible citizens need to register on the electronic vaccination system.

While South Africa’s recent daily infection rate has remained relatively low despite fears of a third wave following the Easter break, government’s readiness to rollout vaccines to the general public has been called into question as the country slowly approaches the winter, and so cold and flu season.

So far the first doses of vaccine have been administered to more than 270,000 healthcare workers, which constitutes less than 1% of the population.

At least 72,666 people a day were targeted to be vaccinated between 17 May and 31 July to total the projected 5,449,980 vaccine jabs given to those over 60 during the first part of the second phase, technical adviser to the health department Dr Aquina Thulare told the health portfolio committee this week.

South Africa is expected to receive a tranche of 200,000 J&J doses on Saturday, 10 April, Mkhize said.

More vaccines on the way

The minister confirmed that the country also recently concluded a deal to buy 20 million doses of the Pfizer-BioNTech vaccine.

“We are pleased to confirm that the Pfizer Agreement for 20 million doses of vaccines has been signed and that payment processes are underway to close the deal in the next few days.

“With the Johnson and Johnson Agreement also fully concluded, this sets the stage for a significant and rapid expansion of our vaccination programme,” he said.

READ MORE: Here are the 18 sites where SA’s first vaccinations will take place

This means that the sought-after vaccine has been approved for distribution, but the approval is subject to monitoring the vaccine’s efficacy and safety, SAHPRA said.

The Pfizer-BioNTech vaccine is said to be highly effective against the South African variant in the latest phase of ongoing clinical trials.